This project was suggested by one of my advisors, Roberta Rudnick, because I was being funded on a grant to investigate Li isotopes. This project started off as a “fishing expedition”, something my advisors have been opposed to in most cases.

Lithium isotopes fractionate during chemical weathering on Earth’s surface and the heavy Li isotope, 7Li, is preferentially transported to the ocean. This leads to an isotopically light residual continental crust and isotopically heavy seawater and marine sediments compared with the mantle. Since the first successful high-precision measurement of Li isotopes in geologic samples in the late 1980s, people in our field have been eager to use Li isotopes to track recycled crustal materials in subduction zones. However, lavas that form above subduction zones (in “arcs”), and sample the underlying mantle that is contaminated by recycled crustal materials, never show any straightforward signatures of crustal materials in their Li isotopes. This lack of variation became boring, and I was probably one of the last few people to search for crustal Li isotope signal in arc lavas.

But I found it!

Lavas from Martinique island in the Lesser Antilles show distinctive Li isotopes that are significantly lighter than the mantle. This is a signature of weathered upper continental crust materials in the source and is consistent with the Li isotope compositions seen in the subducting sediments cored near the Lesser Antilles trench. Based on the Li isotope results, I also calculated how much crustal material was involved during partial melting of the sub-arc mantle source. This work was later highlighted by Paul Tomascak, a leader in Li isotope studies, as being “the first to achieve the long-sought-after goal of linking the subduction input of an arc with its volcanic output”.

Was I just lucky? Yes, and no. I provided an explanation in the paper as to why this crustal Li signature is missing in most arc lavas around the world. The crustal materials that go down in most subduction zones have mixed Li isotope compositions, some components having light Li while others having heavy Li. Eventually, mixing and melting of this crustal package in the sub-arc mantle may lead to an average Li isotope composition that is not much different from the mantle. Indeed, the subducting sediments at the Lesser Antilles trench exhibit the lightest Li isotopes among global subducting sediments due to the incorporation of massive weathered upper crustal materials from the ancient South America continent; this makes the Lesser Antilles a compositional endmember among global arcs.

This “fishing expedition” turned out to be very fruitful. Although this research style is generally not embraced, perhaps sometimes we need to be a little risky and step into the dark space. To paraphrase Forrest Gump, “Science is like a box of chocolates, and you never know what you’re gonna get”. 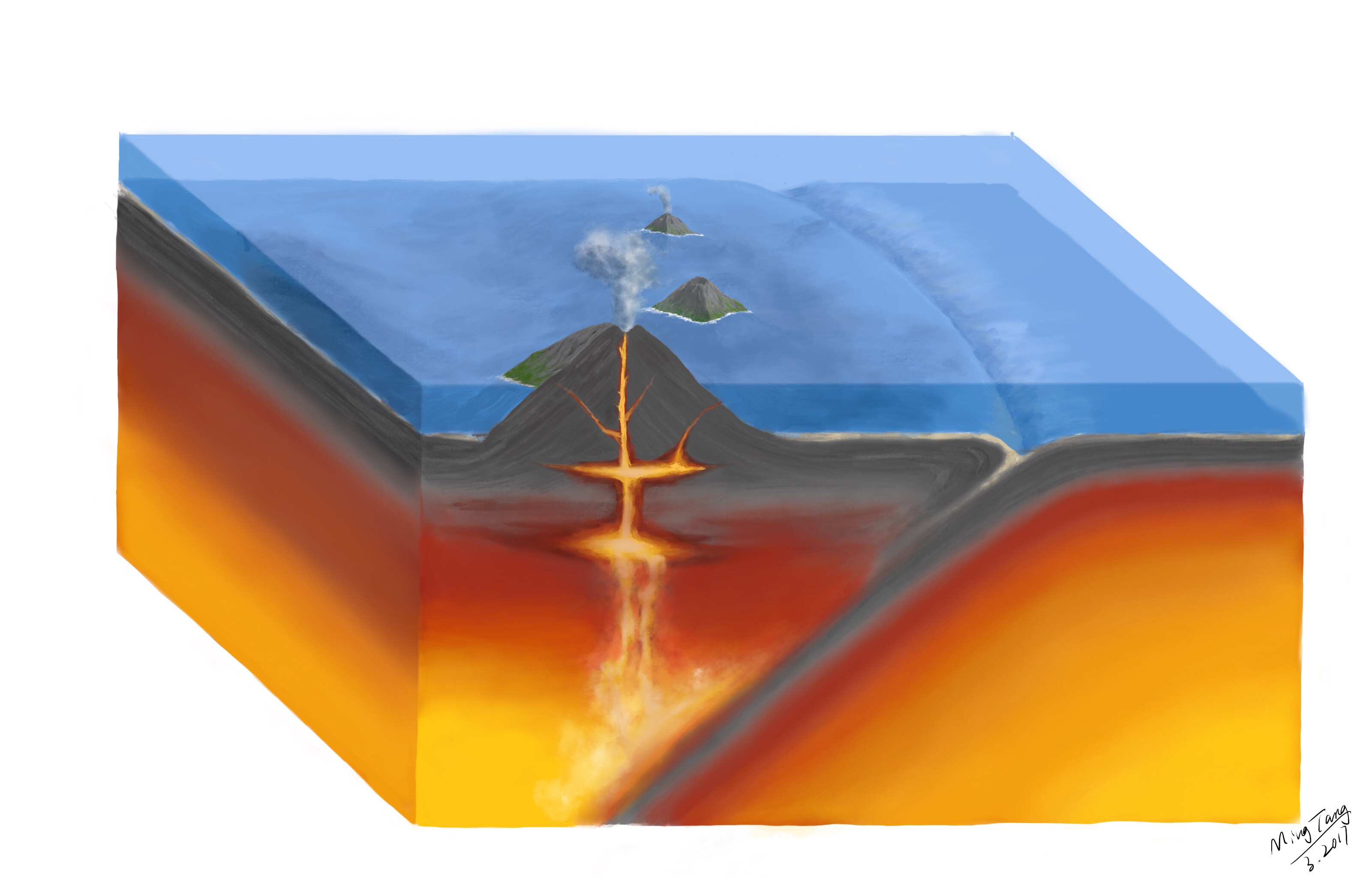 Fig. 1. One oceanic crust subducts beneath another one. Subduction brings down water and other crustal materials, causing mantle melting. As a consequence, a volcano chain that looks like an “arc” is formed.