On June 1st, 2014, we summited Mt. Whitney, the highest mountain in the contiguous US.

Mt. Whitney, with an elevation of 4,421 m, is located on the east border of California. The mountain is an exhumed granitic magma chamber that solidified sometime between 83 and 88 million years ago (Hirt, 2007, GSA Bulletin). It is part of the Sierra Nevada batholith. Mt. Whitney is very popular among mountain hikers, etc., and it’s easily accessible. Mt. Whitney is one of those mountains to summit for those who want to call themselves a climber, hiker, etc.

Mt. Whitney was named in 1864. In that year, geologists and climber Clarence King attempted the first ascent but failed. The first successful ascent was in 1873.

There are no technical challenges if you follow the regular hiking route starting from Whitney Portal, which was what we did. This trail is 22 miles round trip. That said, it was indicated that 70% of the hikers fail because of various issues. A permit is required to climb Mt. Whitney, and the National Forest Service issues 100 day hiker and 60 overnight permits each day. So one would need to prepare ahead. 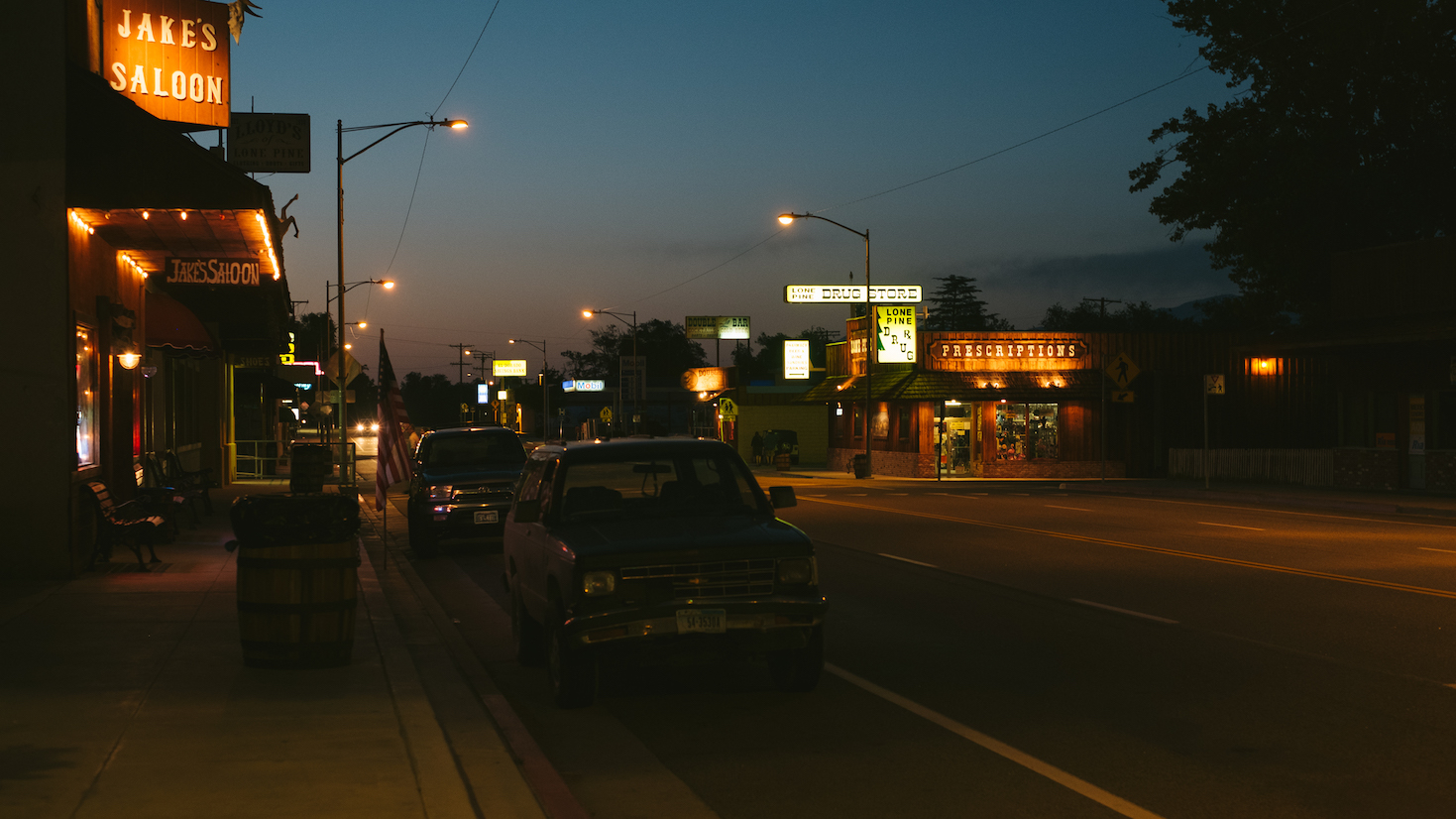 Lone Pine, a town at the foot of Mt. Whitney. We had dinner there the night before. Then we drove to our camping site. 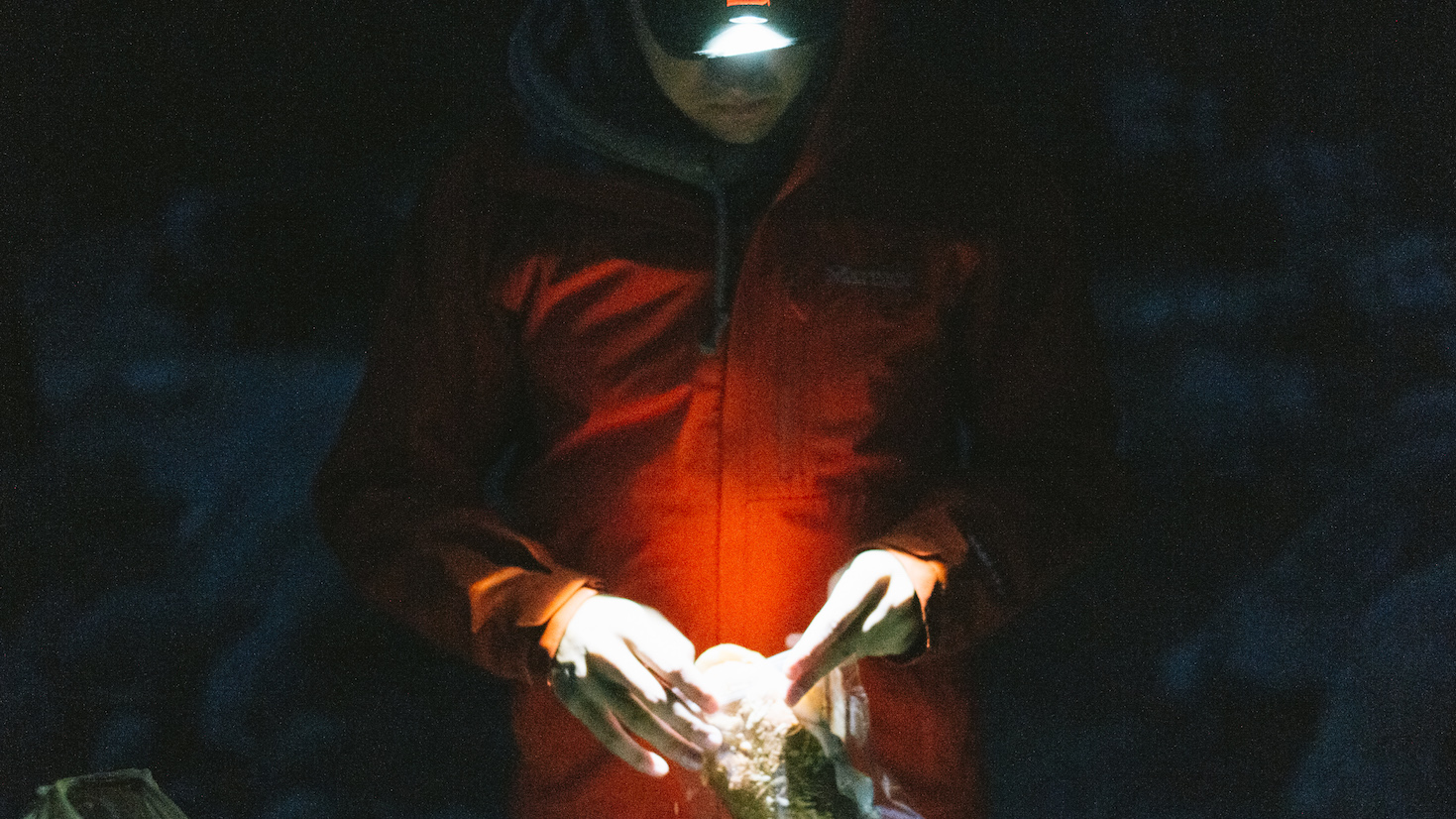 We woke up at 4 am, preparing for the hectic day hike. I didn’t sleep well. Woke up several times. 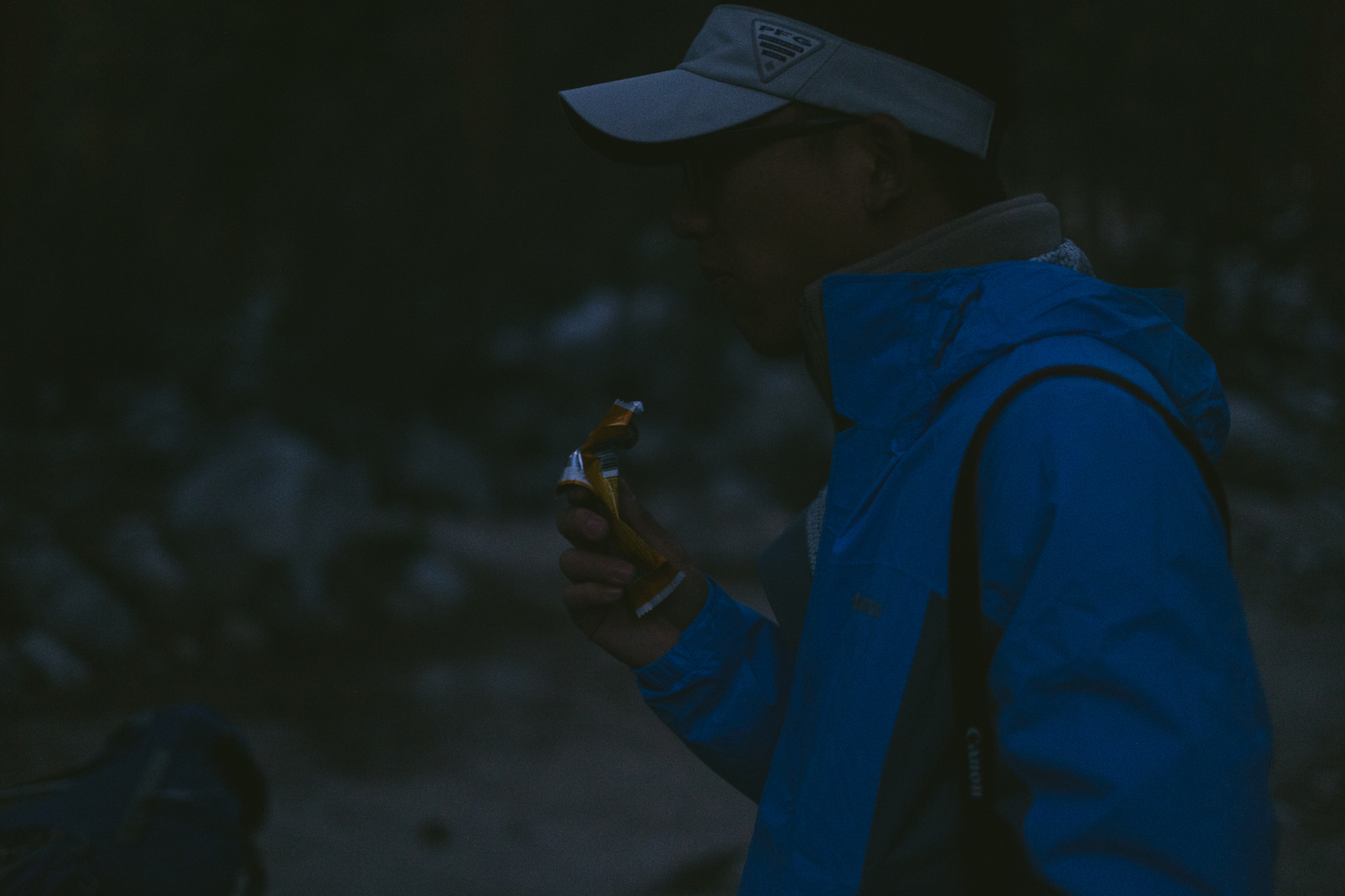 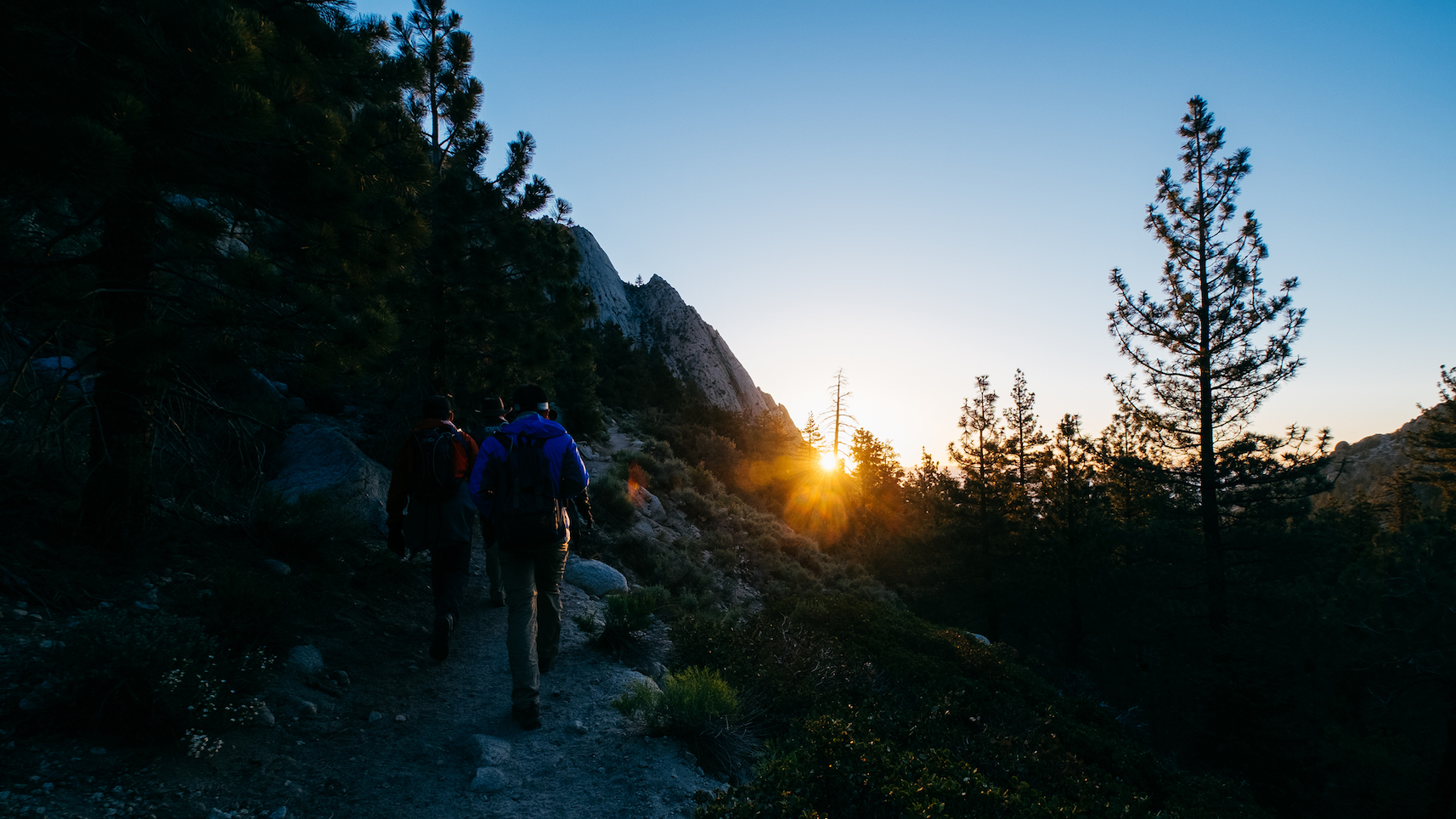 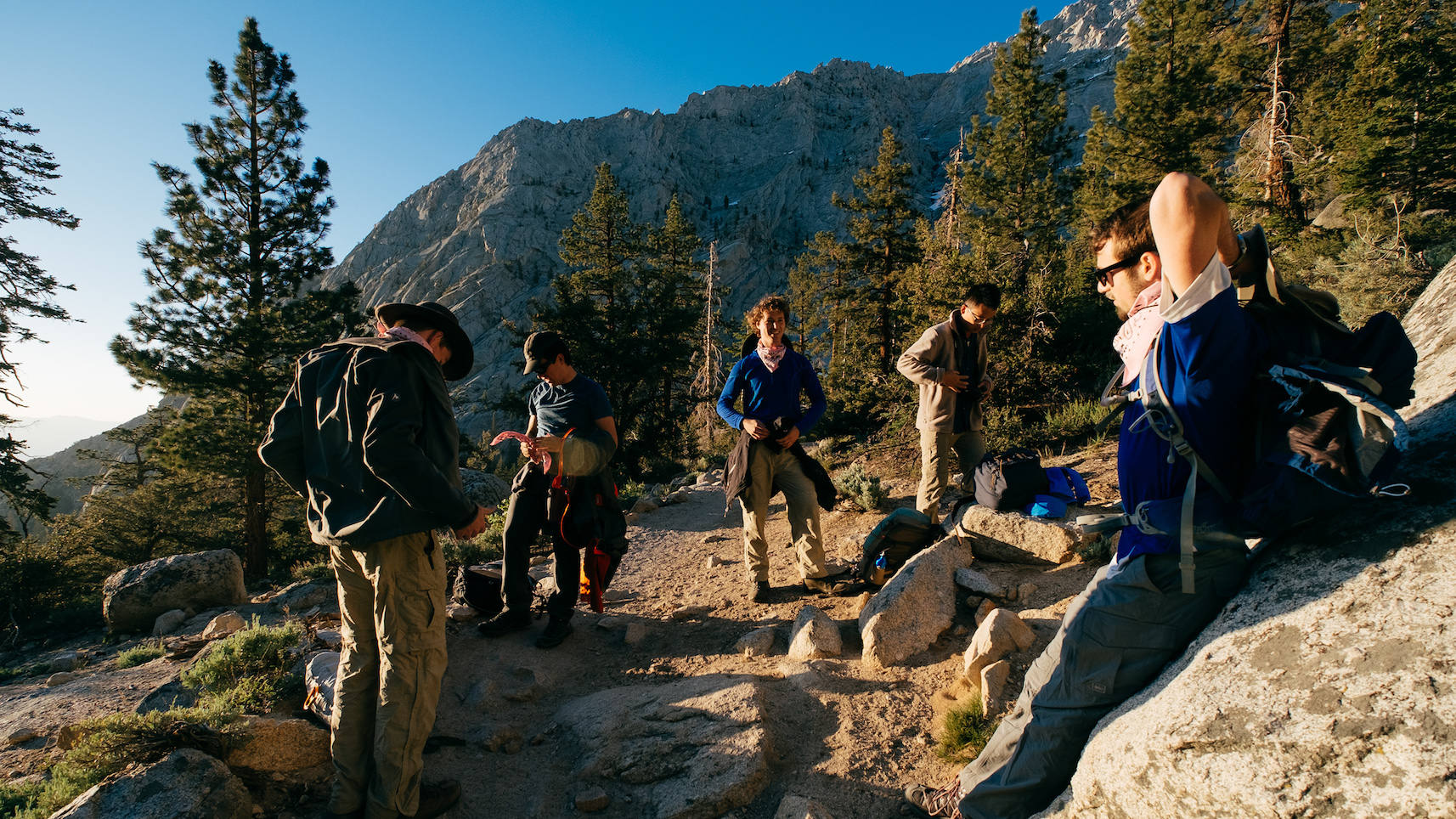 Sunrise at around 6 am. We had our first break. Our team had six people. 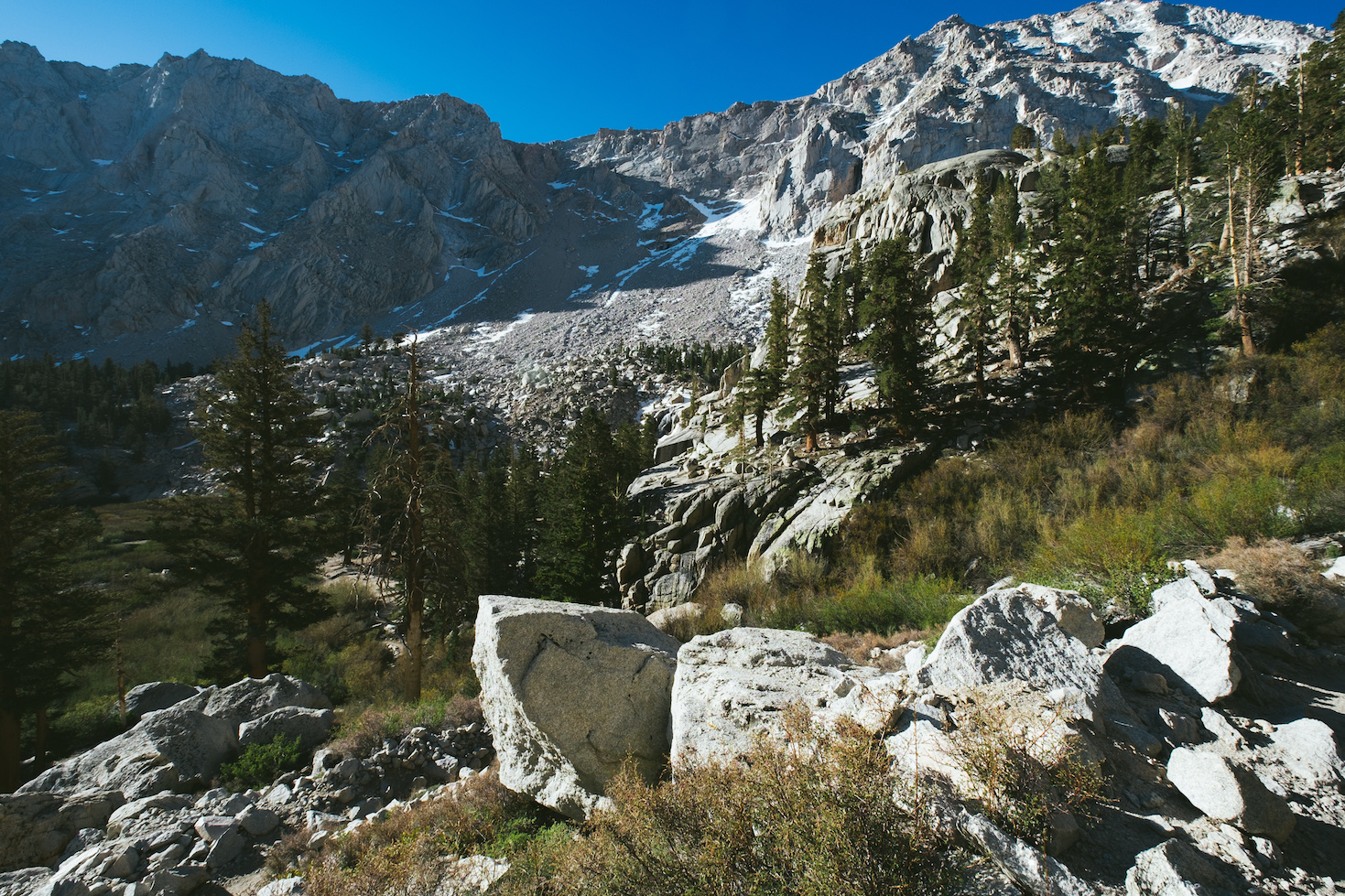 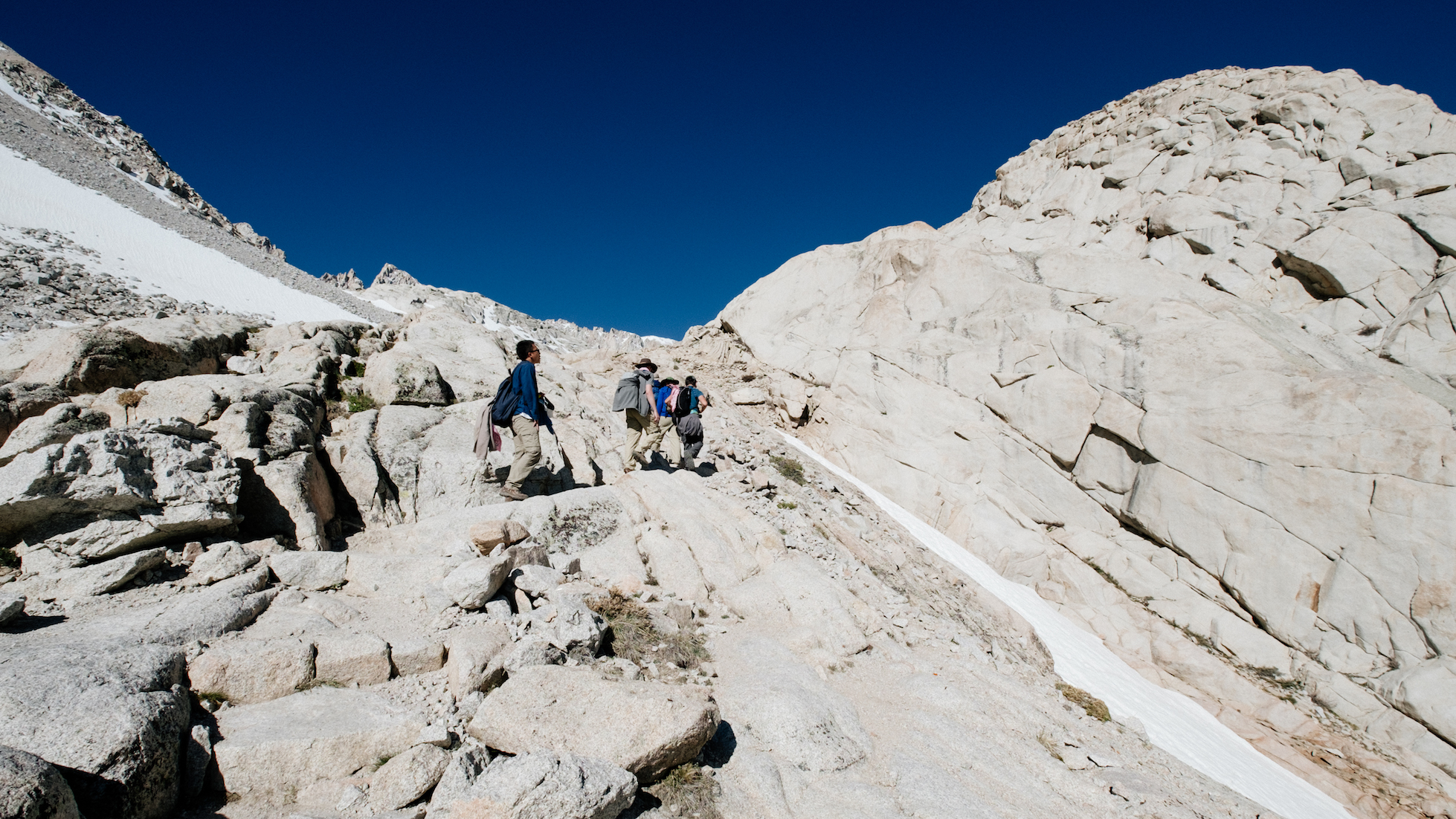 Vegetation dissappeard as we hiked up the mountain. 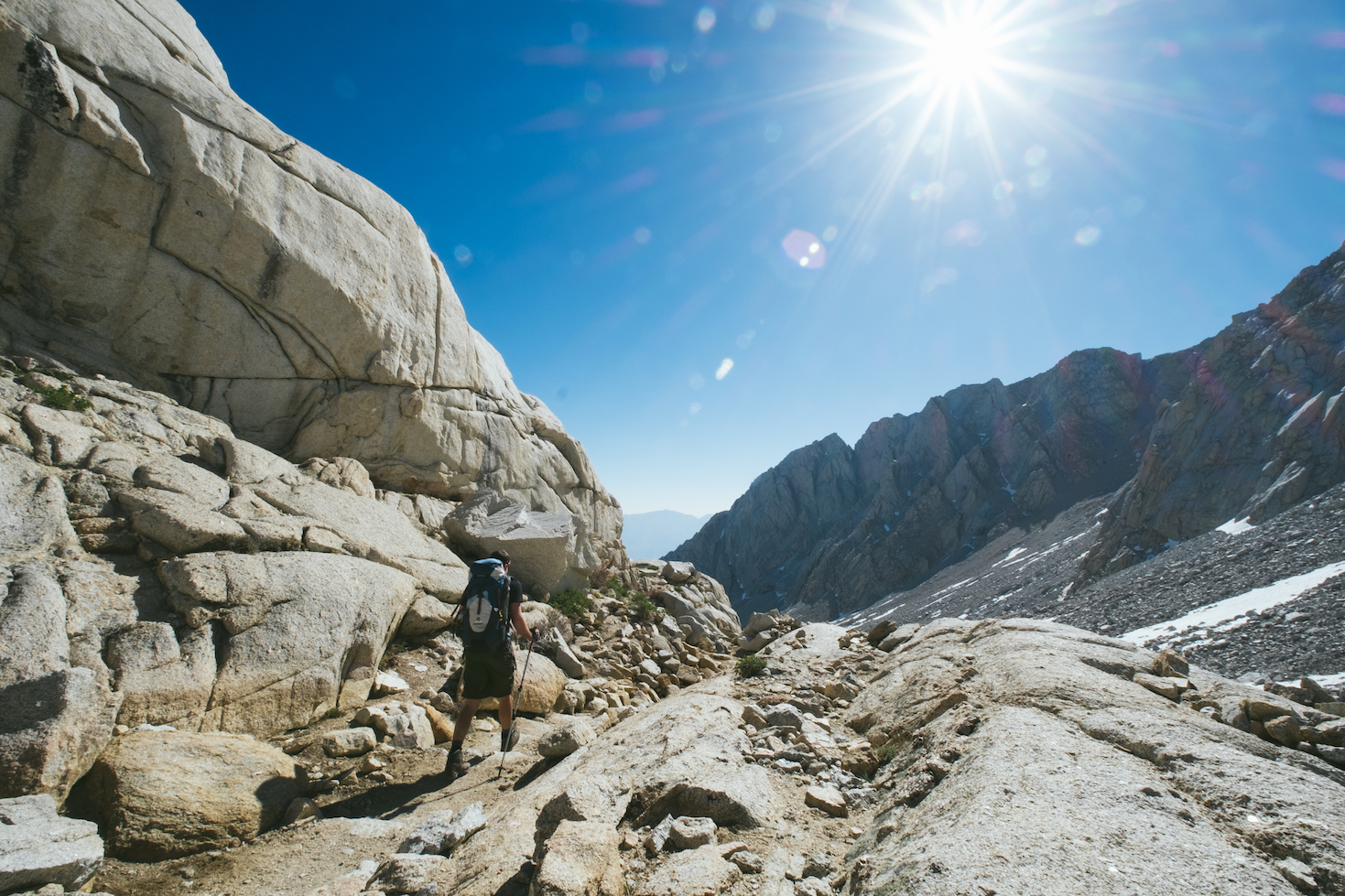 A lone hiker descending the mountain. 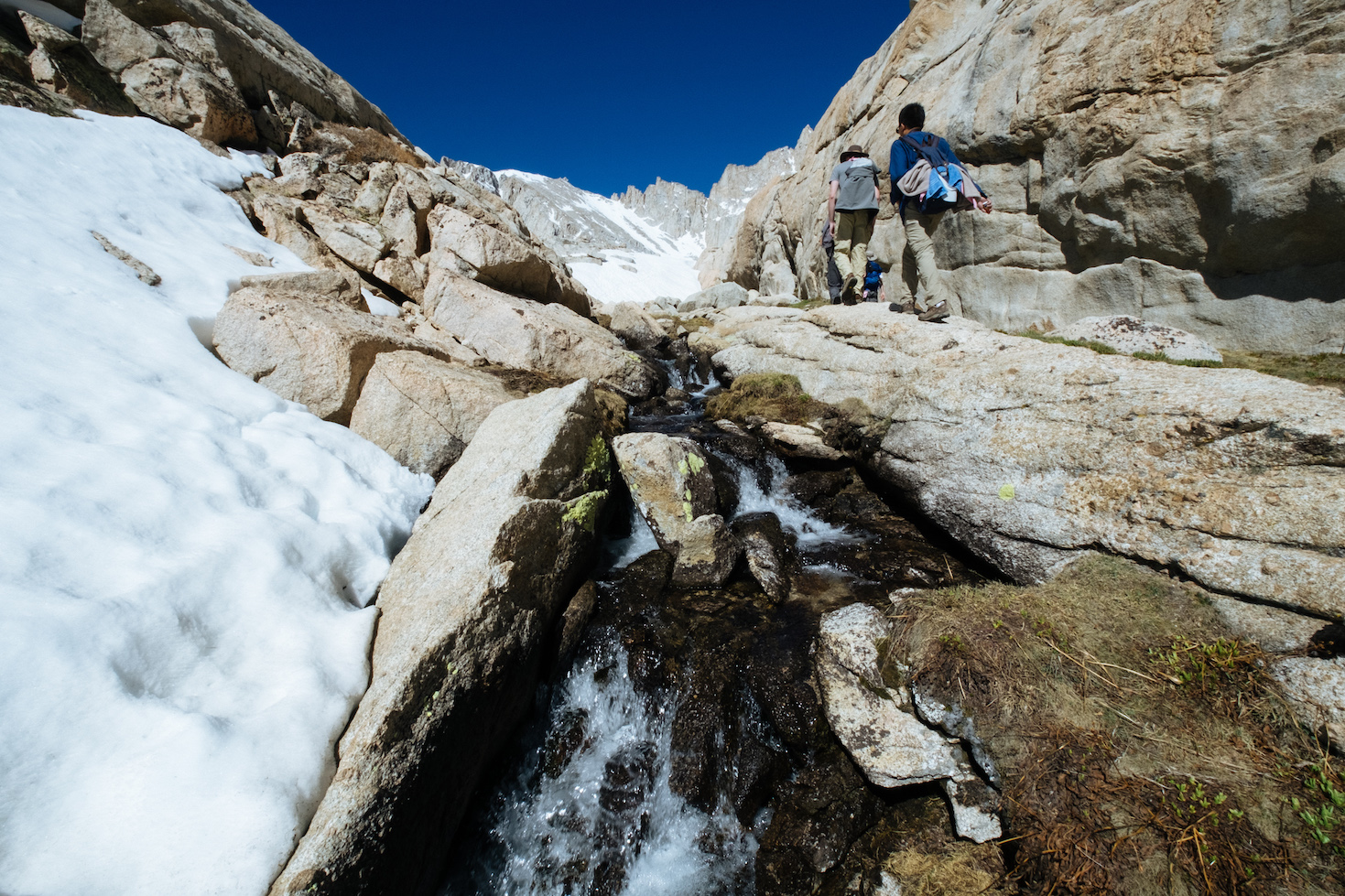 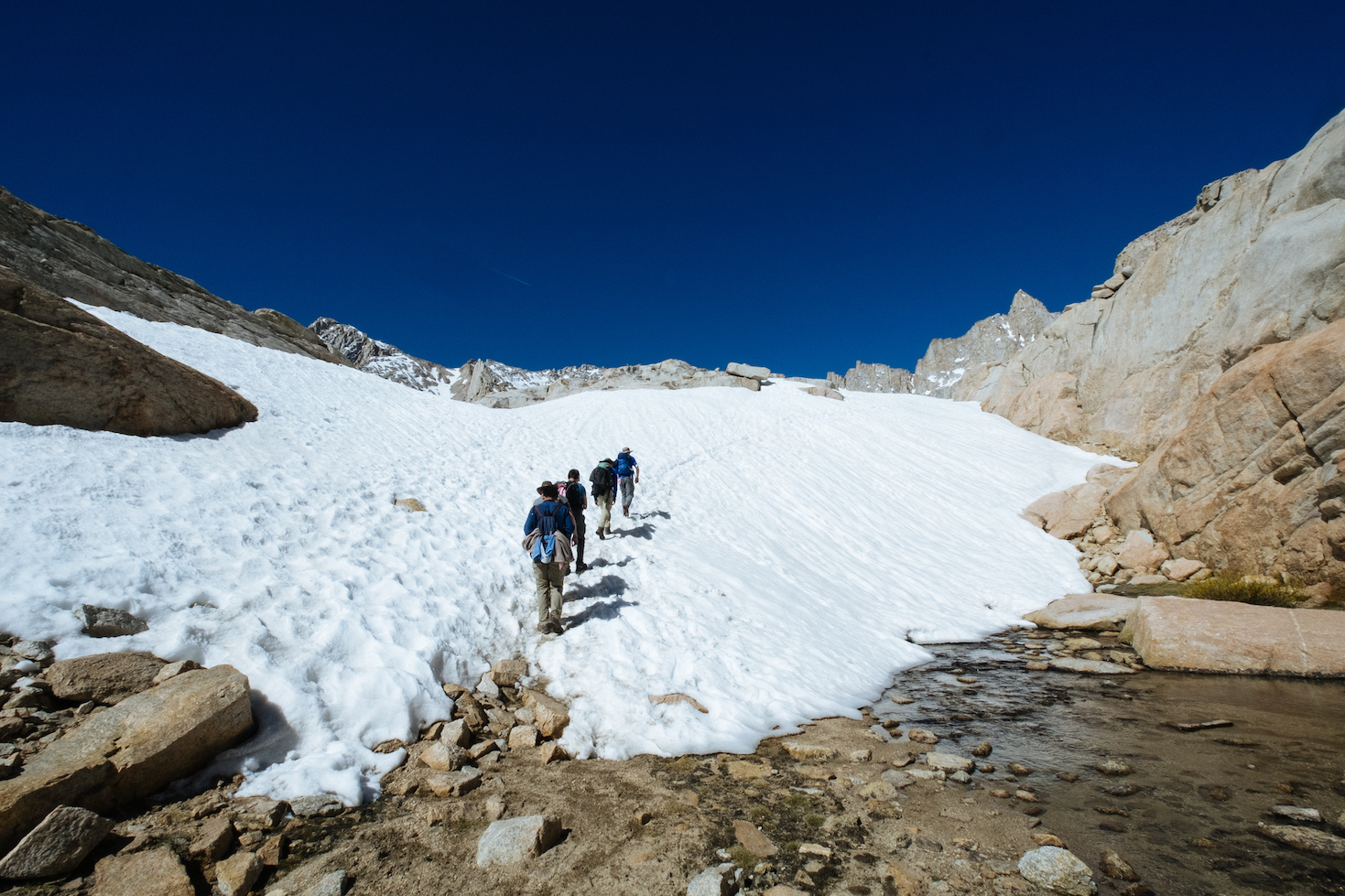 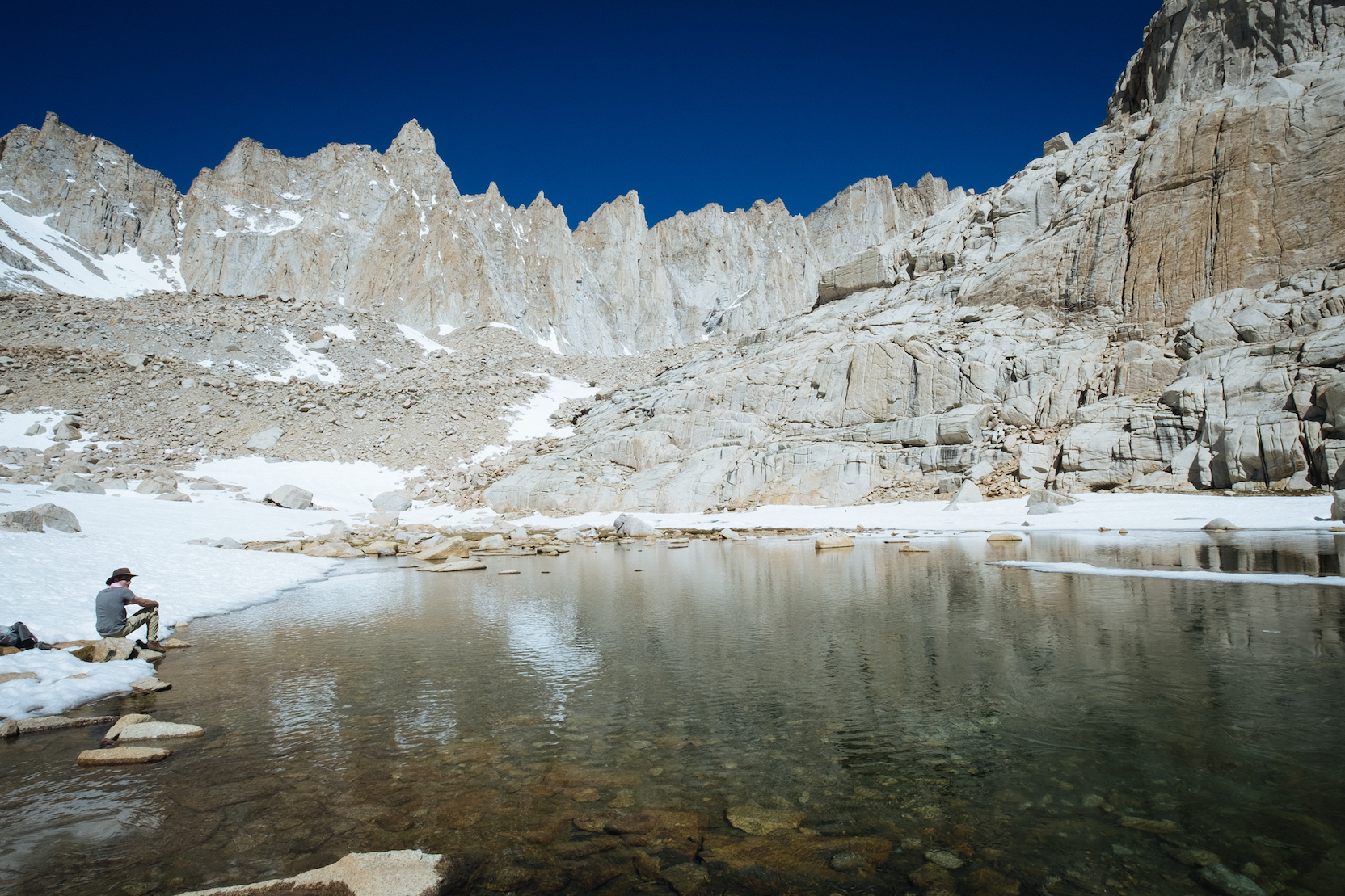 Lake at the trail camp. Overnight hikers may camp here. The lake is also the last water source for summiting the mountain. It was above 3,000 m here, and I started to feel the elevation effect… 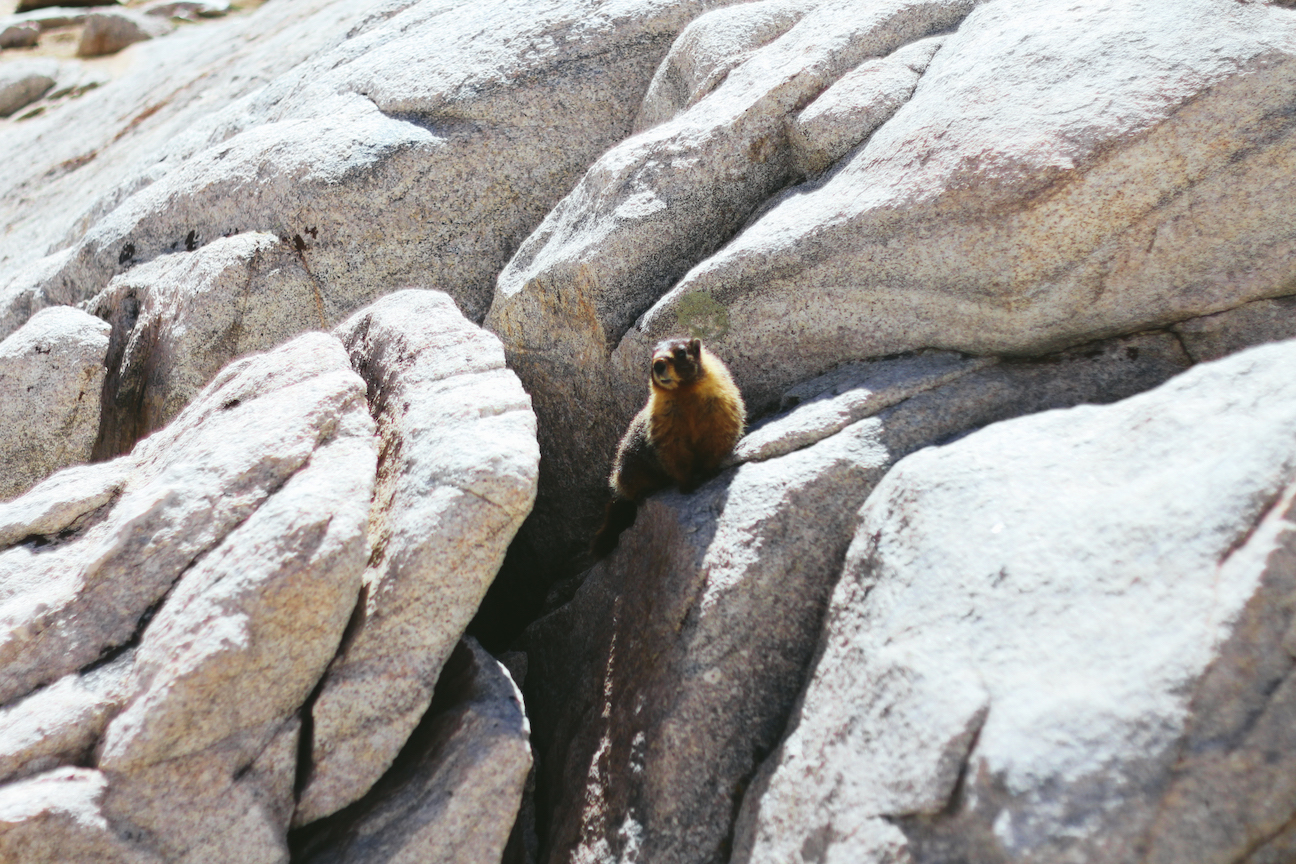 A marmot in the rocks. 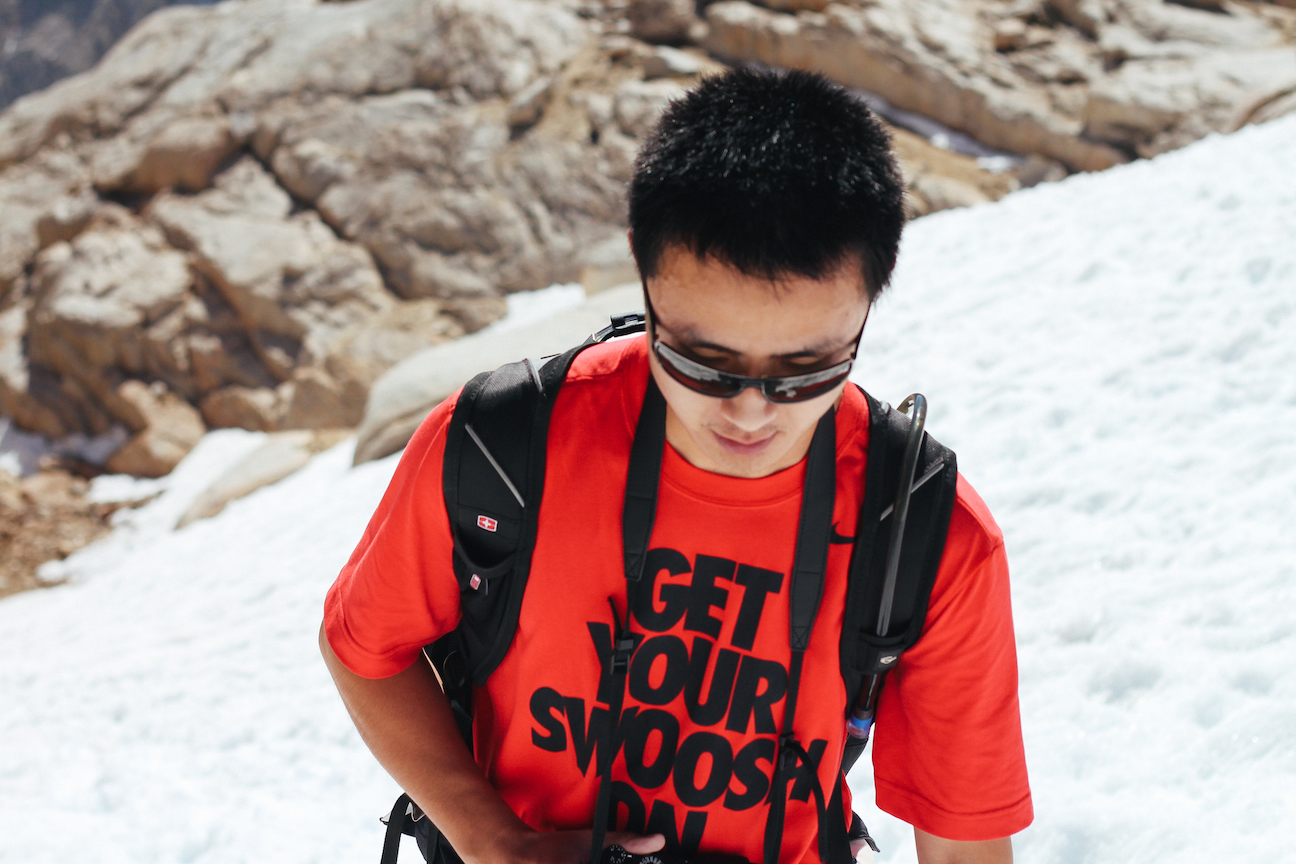 The temperature was close to freezing point, but I never felt cold in a t-shirt. I felt lucky that I brought the sunglasses as it was shiny everywhere. I sweated so much that I didn’t pee once for over 15 hours, although I drank 3 liters of water… 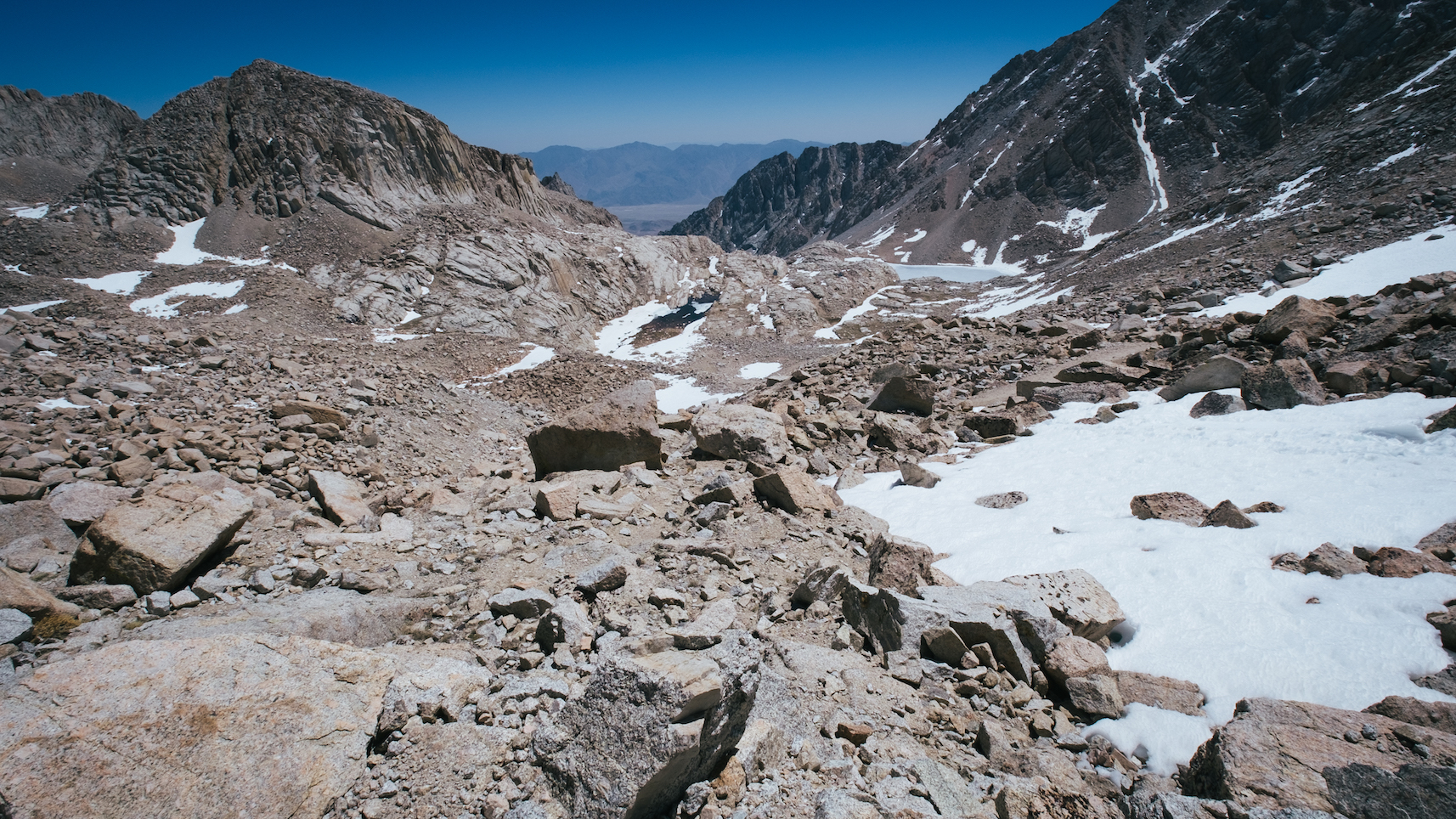 View from the 99 Switchbacks. There are legitimately 99 different switchbacks that rise over 500 m here. I was walking like a zombie along the endless 99 Switchbacks… 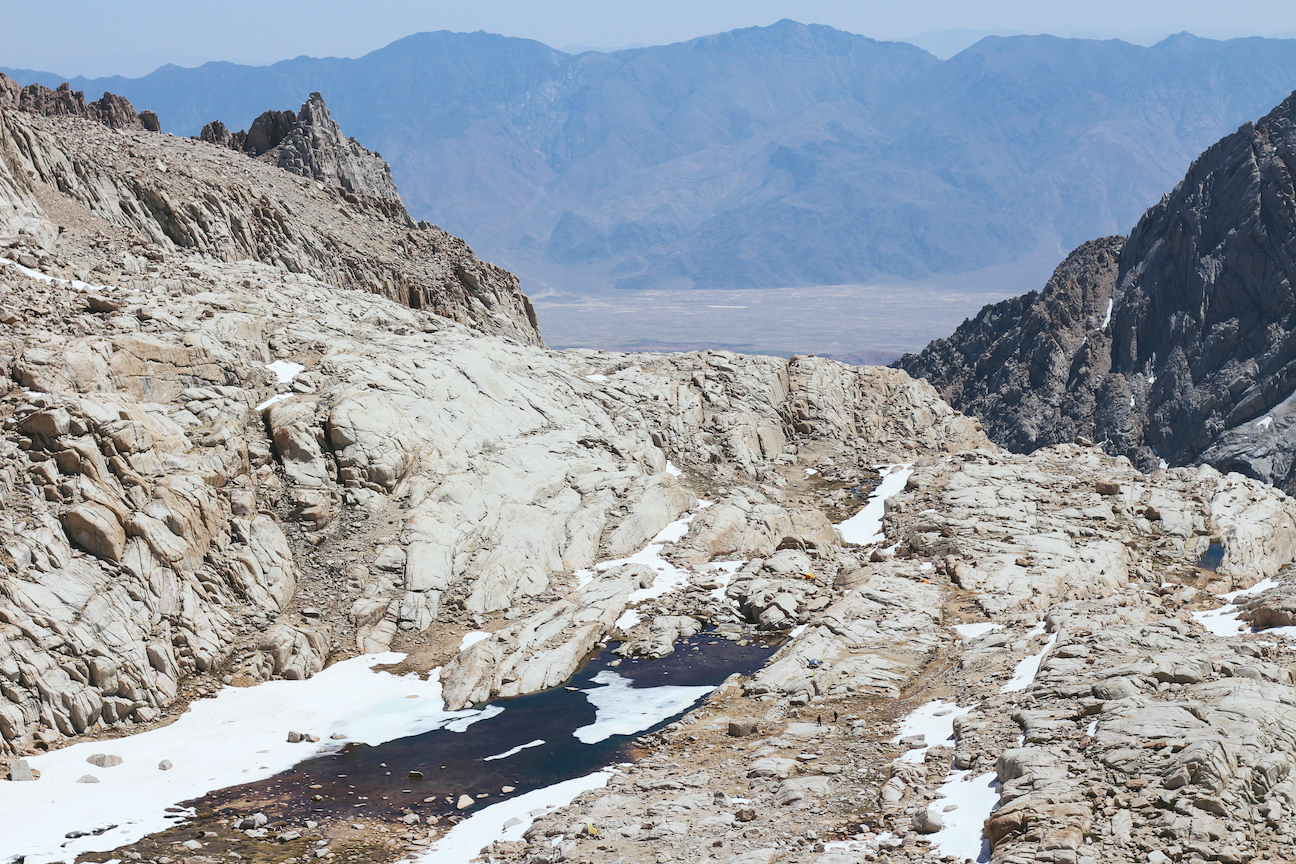 View of the trail camp from the 99 Switchbacks. 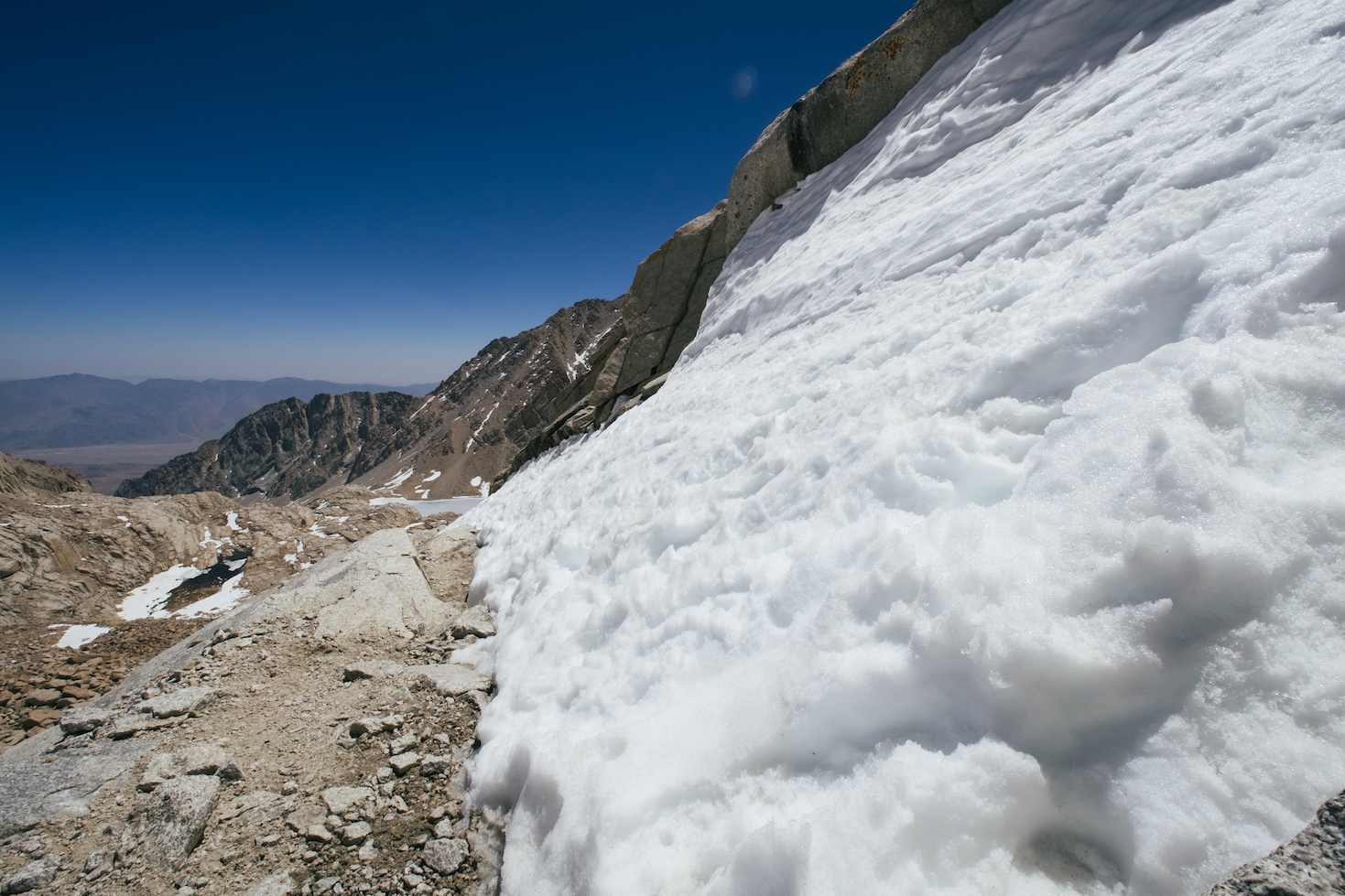 One of the challenging parts of the hike. We had to climb up the snow covered slope on the right of the photo. No mistakes were allowed, otherwise we would fall off the cliff on the left. 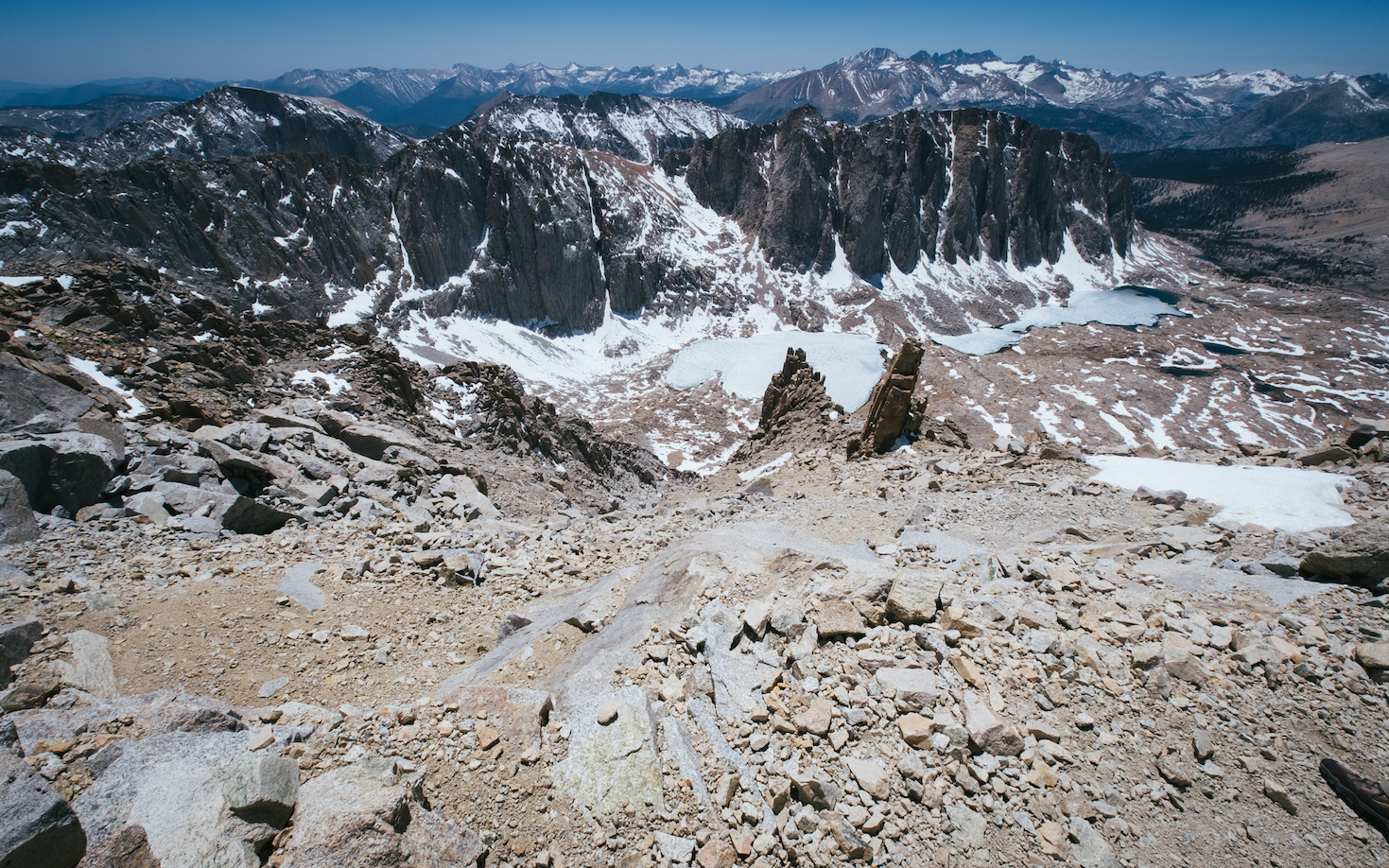 View from the ridge above the 99 Switchbacks. I stopped taking pictures as my brain could bearly figure out how to walk… 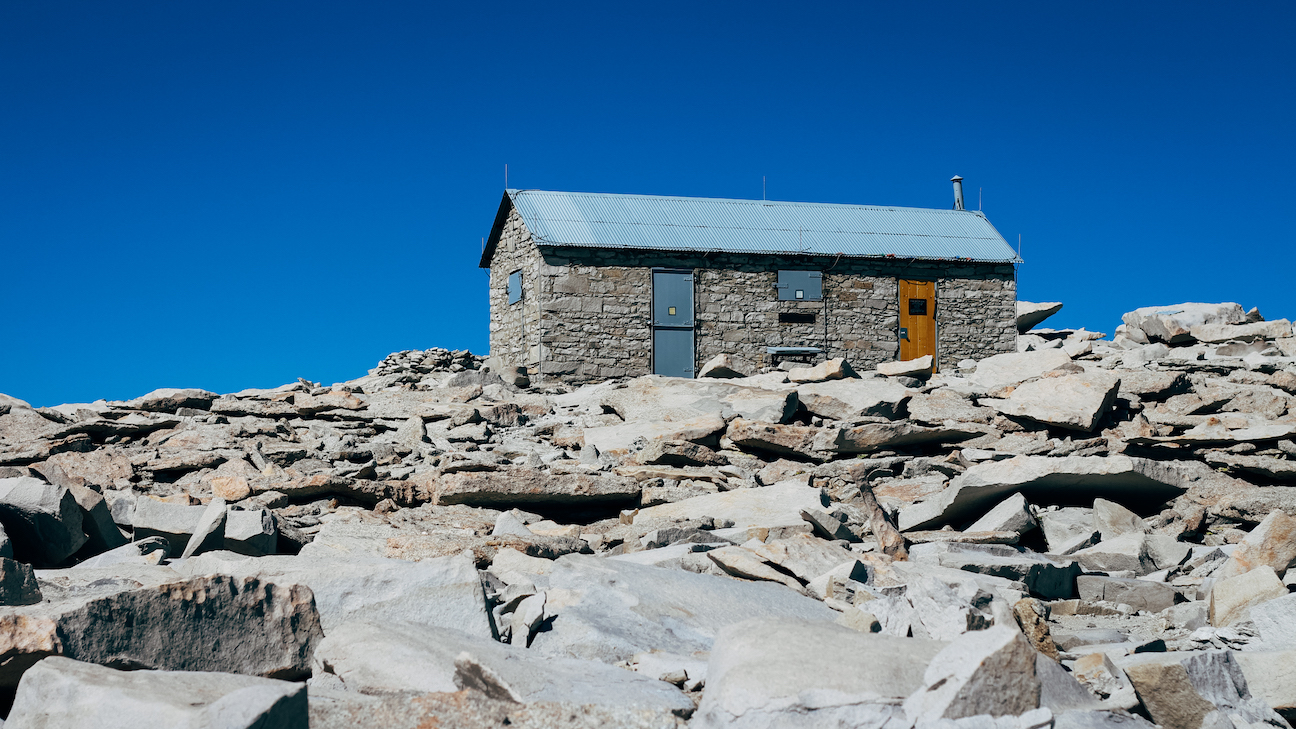 The shelter at the summit. We were not sure why this house was there. There was a check-in book where people who had successful ascent could put their names in. We summited at around 4 pm, and we spent another 6-7 hours to descend. We reached our camps at around 11 pm. I couldn’t even stand when we finished… 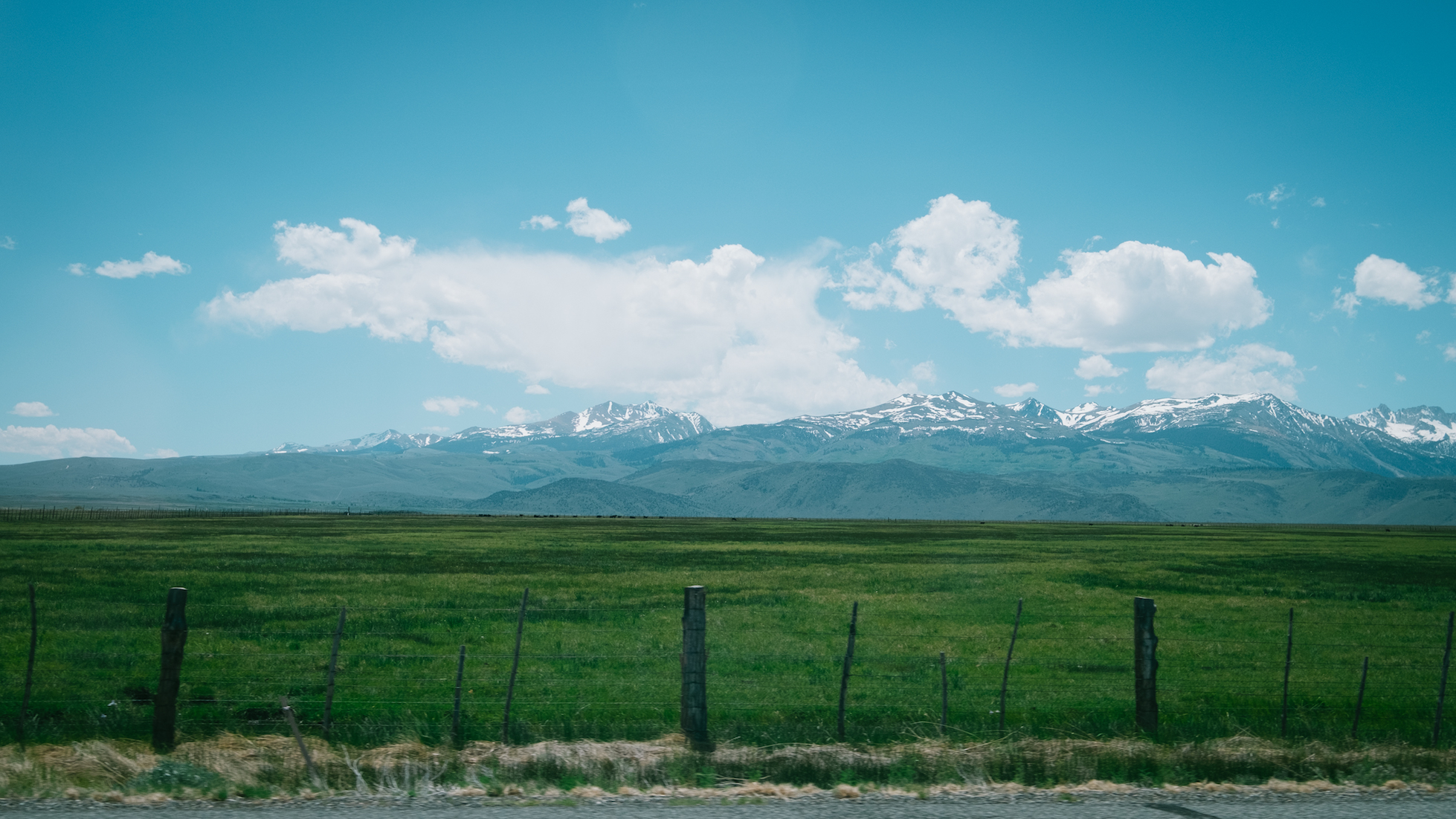 A picture taken in the car leaving Mt. Whitney area. My biggest mistake was not putting on sunscreen. I had signficant sun burn for an entire week after I came back from the trip. It was very exhausting, but the trip was highly rewarding.